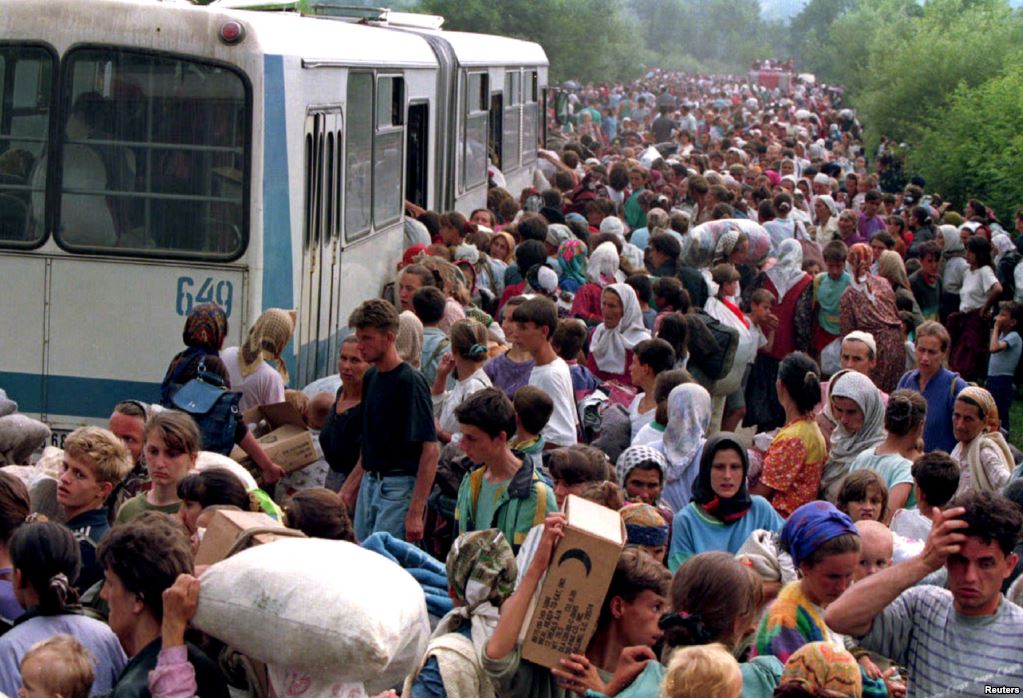 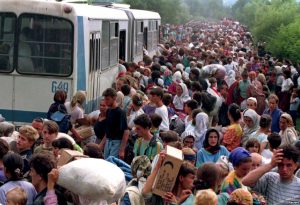 Oft-forgotten is the role Pakistan played in turning the tide of the Bosnian War vis a vis countering the Serbian Army and aiding Bosnian Muslims.

The conflict was thrust into the spotlight when General Ratko Mladić (or the Butcher of Bosnia), the Chief of the Serbian Army, led an ethnic cleansing campaign of Bosnians. Having complete control over the Serbian media, he used Serbian nationalism to try to convince average Serbs to arm themselves for a brutal extermination campaign. A large number of war crimes were committed by the Serbs through its army, its paramilitary and even its police force. The war crimes were mostly carried out on ethnic and religious grounds and were primarily directed against Bosnian civilians and the most violence was committed between July the 11th and July the 13th 1995. United Nations-led safe zones were dismantled by the army of General Mladić, as they over powered Dutch UN Peace Keepers who found themselves outnumbered and outgunned. Systematic cleansing was carried out of over 25,000 – 30,000 Bosnian Muslims.

The support that came from Pakistan can be broken into three parts:

Firstly, the then President of Pakistan Sardar Farooq Ahmad Khan Leghari officially declared in a joint meeting of Muslim countries at Geneva in July 1995 that the UN arms embargo was illegal. He stated: “the Western policy of appeasement of the Serbian aggressors is not going to pay.” Pakistan subsequently declared that it would provide weapons to the Bosnian government in spite of the UN arms embargo. Under his direct orders to the Foreign Ministry of Pakistan, a campaign was led by Pakistan International Airlines (PIA) to airlift Bosnian refugees to Pakistan. Due to this, Pakistan became the 3rd biggest recipient of Bosnian refugees. The then Foreign Minister of Pakistan Shahryar Khan stated: “They are not refugees, they are our honoured guests. We have set up a Bosnian Village for them, not a refugee camp.” This imbibed the average Pakistani with a great sense of brotherhood for the refugees. The late Abdul Sattar Edhi, a globally renowned Pakistani philanthropist, made sure every Bosnian was welcomed in Pakistan with open arms. In just one day, he managed to raise 1 million PKR for the refugee relief effort. Other Pakistani humanitarian foundations also assured the Bosnian Ambassador of assistance in every way possible. Since the majority of refugees were children, they were shifted from Islamabad to Mansehra SOS Children School, where most of them stayed until 2004. Under President Sardar, Pakistan also presented a wartime loan of 20 million USD to Bosnia which proved crucial for them to implement defensive measures against the Serbian aggressors. The loan was later converted to a grant as a form of a gift from the People of Pakistan.

Secondly, the Pakistan Army contributed the largest number of peacekeepers to the UN forces and their mission in Bosnia, while also suffering the largest number of human losses. The famously known PAK – BATS (or Pakistan Battalion) were a contingent of the Pakistan Army who entered Bosnia during the toughest and arguably most crucial time of the war. On their arrival, the Infantry Battalion through a non-stop 34 hour effort set up an Internally Displaced Person camp of more than 50,000 Bosnians. Former President Musharraf mentioned in his autobiography: “the Pakistani troops would fast after one day when the supplies were at an all-time low, this was the only solution to stretch Pakistani resources and make sure no one sleeps hungry!” Food, clothing, medical treatment and shelter was provided to those affected by the PAK BAT from their own resources before help had arrived. Even after the arrival of assistance, it was the Pakistani troops who managed and coordinated the relief activities. It was duly acknowledged in an impressive ceremony organized by the Tuzia Red Cross to award certificates of merit to all those who contributed in relief operations. The Pakistani contingent did exceptionally well in identifying, monitoring and protecting all ethnic and minority groups, refugees and displaced persons.

Pakistan Army engineers also performed duties in eliminating land-mines to facilitate the re-opening of roads leading to the Serb declared no-go Zones. At the end of their deployment from March 1992 to February 1996, the PAK BAT did a great deal in winning the hearts and minds of the local people as well as receiving international recognition for their services in restoring peace in the region. Two officers, one junior commissioned officer and three non-commissioned officers laid down their lives for the noble cause of bringing peace to the war ravaged territory and their sacrifices were duly acknowledged by United Nations Force Commander and the local population.

Thirdly, the ISI also allegedly ran a covert military campaign to provide assistance to the people of Bosnia. The program distributed and coordinated the systematic supply of arms to various groups of Bosnian rebels during the war and was run by DG ISI General Javed Akhtar. Iranian small arms were flown to the Balkans by Pakistan Air Force C-130s while concurrently Saudi intelligence provided the ISI with aid to successfully transport a container ship loaded with small arms and anti-tank missiles to the conflict zones. This is an example of how Pakistan was able to balance its relationship with historic rivals Iran and Saudi Arabia and how Pakistan’s role as a mediator between these two nations must once again be considered in the present-day scenario. Since Bosnia has a small coastline, the ship was forced to dock in Croatia whereupon the Croatians took about 2/3rds of the cargo while the rest went to Bosnia. Retired Lieutenant General Asad Durrani, the then Pakistani ambassador to Germany, coordinated from Bonn the aid effort to Bosnia. Both NATO and the CIA saw Pakistan transporting men and material by air but looked the other way. General Nasir later confessed: “despite the UN arms embargo in Bosnia, the ISI airlifted anti-tank weapons and missiles to Bosnian freedom fighters which turned the tide in favor of Bosnian Muslims and forced the Serbs to lift the siege.”